Jack Larson Got it Right

Using his well-known radio show as a platform, Jack Larson shared the stories of the local needs he learned about to help ensure local students have access to musical instruments, and new shoes and socks. 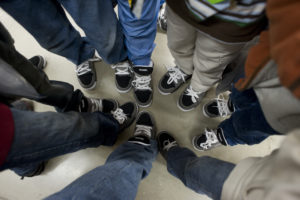 Every year, thanks to the generosity of late Galesburg resident Jack Larson, hundreds of Galesburg school children have access to musical instruments or receive a pair of free, brand new shoes and socks.

Jack was widely known in west-central Illinois as the radio host of “Music with Memories,” which aired on local radio stations. Before his passing, he partnered with Galesburg Community Foundation to start the Jack E. Larson Endowment Fund to provide musical instruments and shoes to local school children. Give to the fund.

Jack’s interest in helping children from his community was spurred by his connection to Lombard Middle School in Galesburg. He lived across the street from the school, so he watched the children come and go there for years. One day he decided to visit with the principal, who at that time was Diane VanHootegem, a long time Galesburg District 205 employee. Their conversation was centered on the needs of the students. Diane knew of a student who had just moved into the district and needed a flute— and that’s how Jack’s passion for helping local children started.

Jack’s son, John Larson said, “If my dad heard about a need, he would figure out a way to fill it.”

And that is exactly what Jack did. He figured out a way to fill the needs of local children.

Using his well-known radio show as a platform, Jack shared the stories of the needs he learned of—such as the instruments and shoes— to fundraise for the causes. He worked with Diane to organize the first “Shoe Day” at Wal-Mart in Galesburg. “Shoe Day” consists of Galesburg school students being bussed to Wal-Mart, where community volunteers help fit the students with new shoes and socks.

John said, “Dad (Jack) did the legwork to set the pattern of the event. He didn’t need a committee. He just needed willing people like Diane and the other volunteers who had the same vision and willingness to meet the needs. They just got things done.”

For years Jack fundraised for and organized the event to ensure instruments and shoes made it into and onto the hands and feet of local children. However, one of his biggest concerns was how to make his mission sustainable and last forever. That’s why he turned to the Galesburg Community Foundation. He knew that by working with the Community Foundation he could ensure that generation after generation of students would continue to receive these gifts. Jack worked with Community Foundation President & CEO to establish the Jack E. Larson Fund and thanks to the generosity of many community members, First Presbyterian Church of Galesburg and the Elks Club, who contributed to the cause, the fund was able to be endowed, meaning today, it is a permanent source of financial support for the need. Today, thanks to the Jack E. Larson Endowment Fund, more than 200 local school children receive new shoes and socks and countless more receive access to band instruments. All thanks to one man’s vision and willingness to make generosity a priority.

Diane who continues to see firsthand the impact of Jack’s gifts said, “Jack knew the good people of this region would help carry out his vision and not let the students down. He just always got it right.”

John added, “My dad is a testament that, yes, one person can do anything. One person can make a difference. Dad just wanted to do good.”

Give to the Jack E. Larson Endowment Fund. 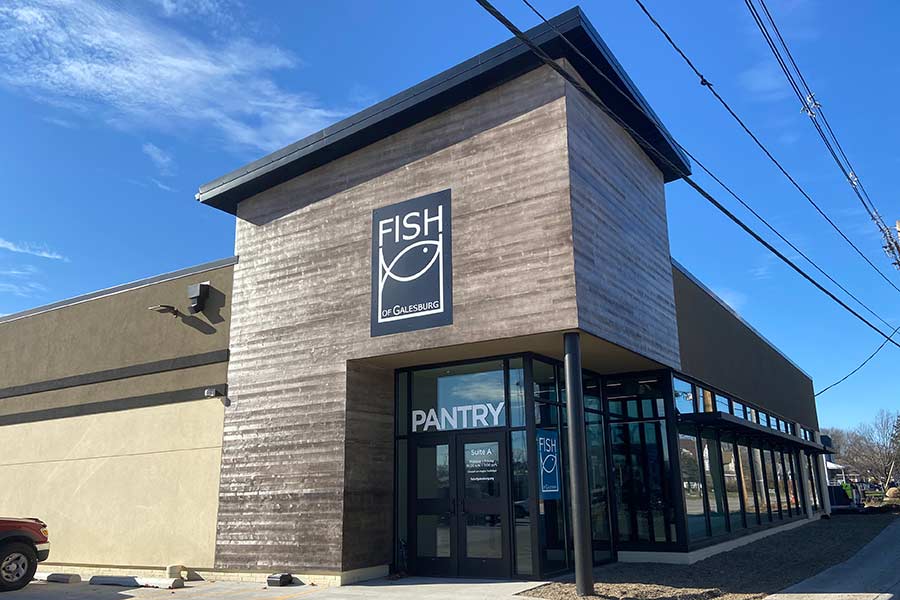 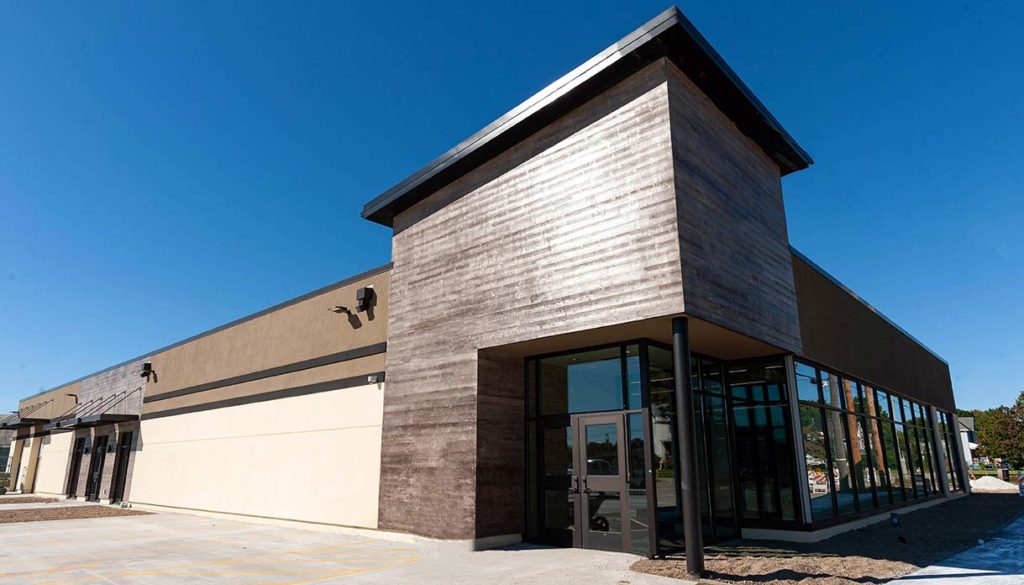 FISH of Galesburg has moved to its new home on Main Street.

The region celebrated the new home of River Bend Food Bank, Galesburg Branch and FISH of Galesburg food pantry with a public open house and ribbon-cutting on November 15. 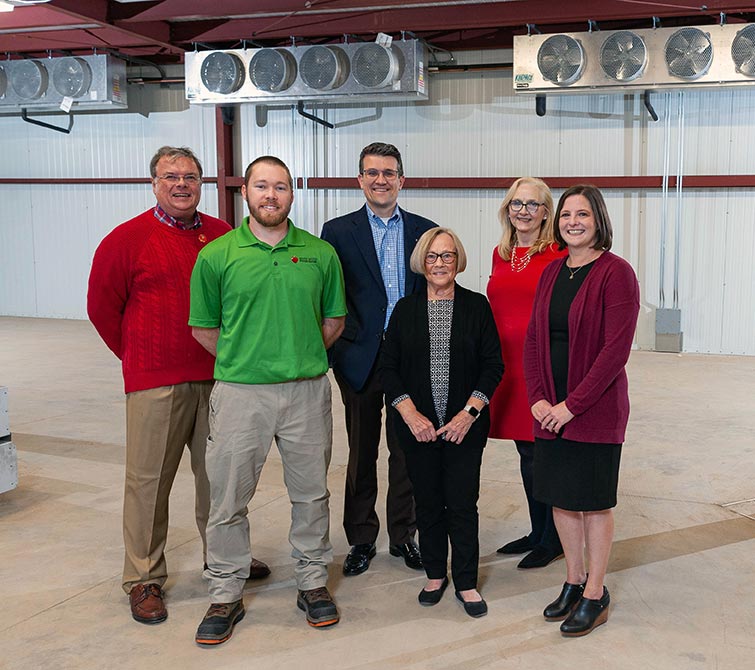 It was during COVID-19 that the extent of food insecurity in the region became clear to the Galesburg Lions Club. 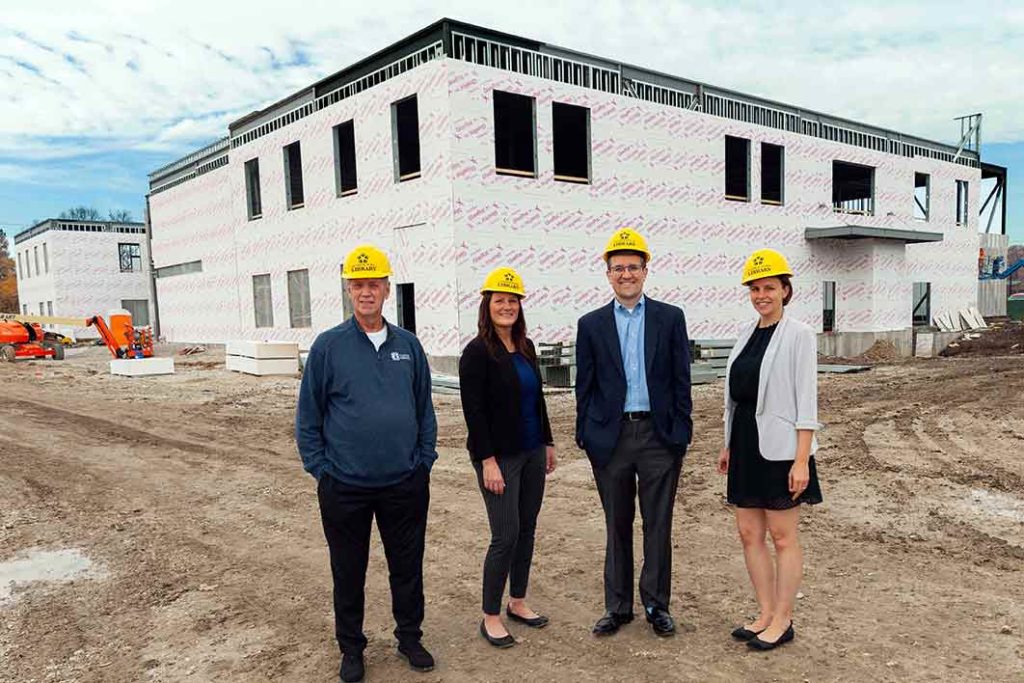 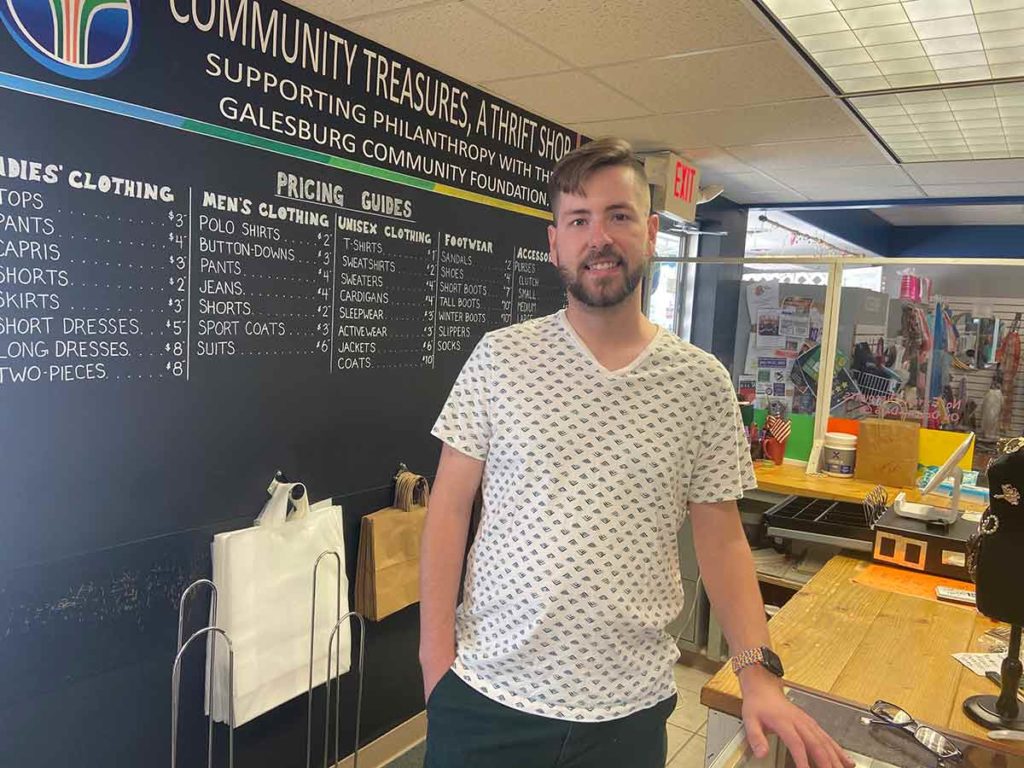 Jordan Holcomb brings a love for customer service to his role as the assistant manager at Community Treasures, a trendy, philanthropic thrift shop.